In response to recent COVID-19 concerns, we want to reassure our clients that we are open and offering all services with recommended precautions. Read More

Would you like to switch to the accessible version of this site?

Don't need the accessible version of this site?

How fetlock arthrodesis allowed Cryinthemoonlight to retire from Thoroughbred racing in comfort. 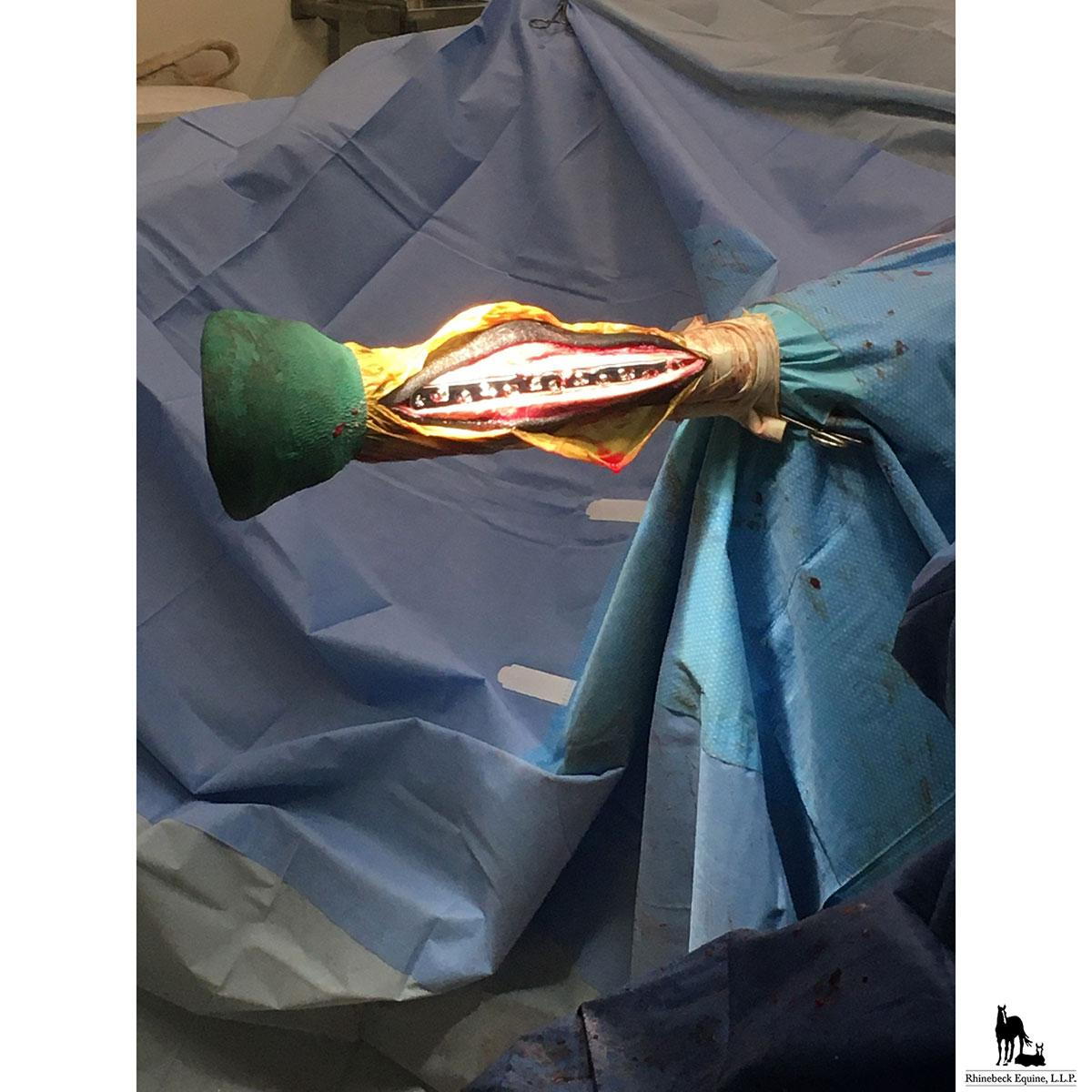 Like all great athletes, the Thoroughbred Racehorse is prone to developmental abnormalities, traumatic injury, and lameness, particularly in the fetlock joint. Such was the case for Cryinthemoonlight, a four-year-old Thoroughbred filly that arrived at Rhinebeck Equine last fall.

Years ago, this type of injury or disease may have been fatal, but we are able to use fetlock arthrodesis as a viable solution for fetlock injuries and joint issues like degenerative arthritis.

Thanks to Dr. Jim Nutt DACVS, Cryinthemoonlight is now ready for a second act as a broodmare and dam to future racehorses.

Cryinthemoonlight had a history of an osseous fragment on both the dorsomedial and dorsolateral aspect of P1, moderate villonodular synovitis of both the dorsal and palmer fetlock joint capsule, and moderate to severe scoring of the articular cartilage of the fetlock joint, all in the right front limb.

Several treatments had been tried, including a standing arthroscopy performed in 2016 where a large osseous fragment of the dorsolateral aspect of the primal first phalanx was debrided. In June of 2019, the filly had surgery to remove osseous fragments on the dorsomedial and dorsolateral aspects of the right first phalanx. Since that time, Cryinthemoonlight had remained persistently lame despite intra articular injections and NSAIDs.

Her owners decided that it was time for Cryinthemoonlight to retire from racing. Surgery was scheduled to fuse the right front fetlock. Jim Nutt performed the intricate surgery with assistance from Dr. Alex Catalano. Preoperative radiographs were taken and revealed a progression of the arthritis of the fetlock joint. Additionally, the proximal aspect of either sesamoid appeared lytic, likely secondary to chronic inflammation.

With fetlock arthrodesis, the goal is twofold: to mitigate the horses’ suffering and to end the degenerative disease of the joint. Dr. Nutt removed the articular cartilage and provided stability to the joint through the implantation of screws and plates. The incision was closed and a distal limb cast was placed in recovery.

As was expected, this procedure reduced the pain almost immediately, making the horse more comfortable. Within a week of the fusion, Cryinthemoonlight was standing squarely on both forelimbs. This was critical for healing and to prevent further complications such as contralimb laminitis.

Cryinthemoonligt was discharged to the care of the farm approximately two weeks after surgery. Antibiotics and anti-inflammatories were administered, and she was kept on restricted movement and stall rest. Both Dr. Nutt and Dr. Williams performed weekly rechecks on the farm until cast removal in December.

Thanks to the team at Rhinebeck Equine and the expertise of Dr. Nutt Jim Nutt, Cryinthemoonlight is now pain-free and has made a full recovery. She is officially retired from her first act in Thoroughbred racing, enjoying life on pasture and ready for her second act: motherhood. 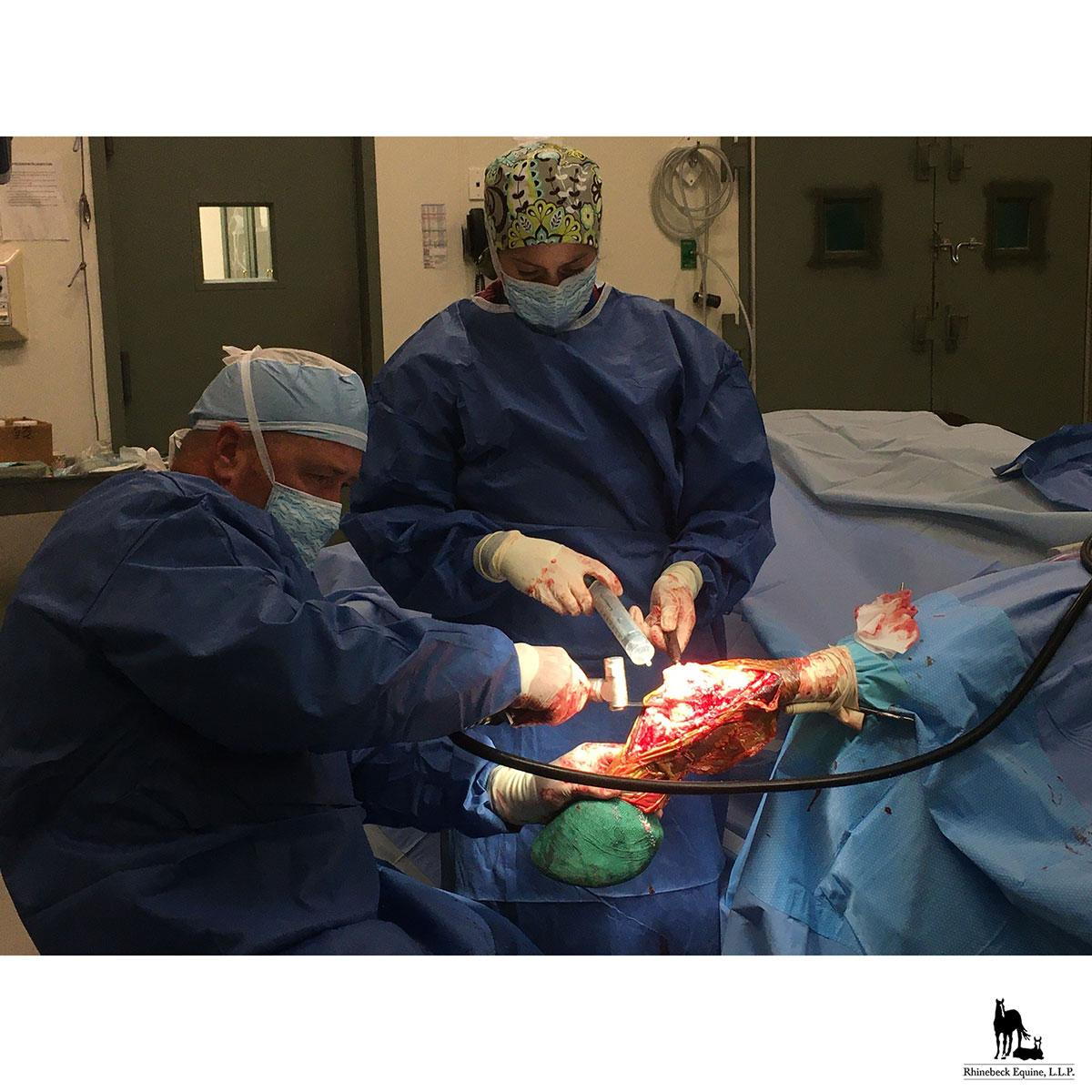 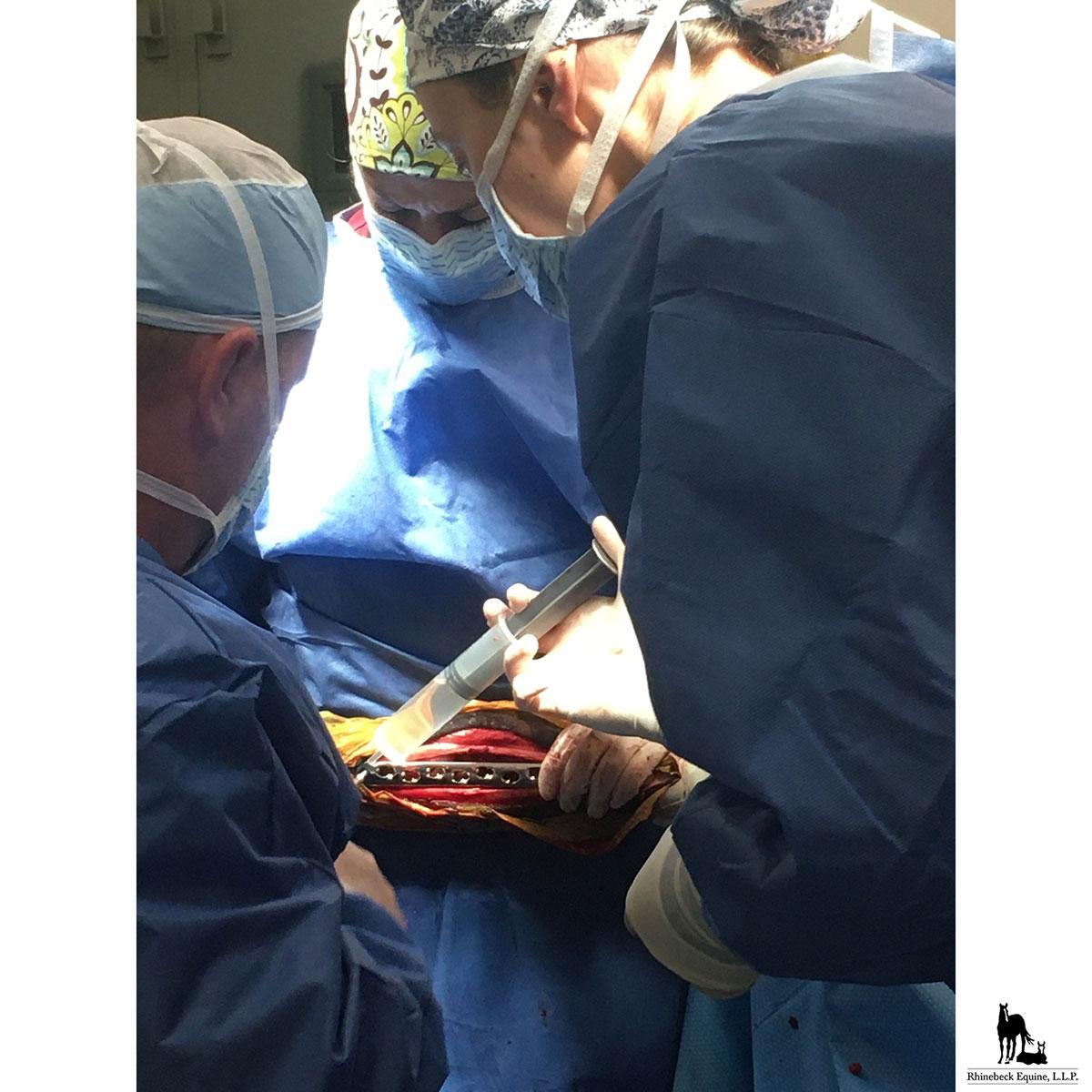 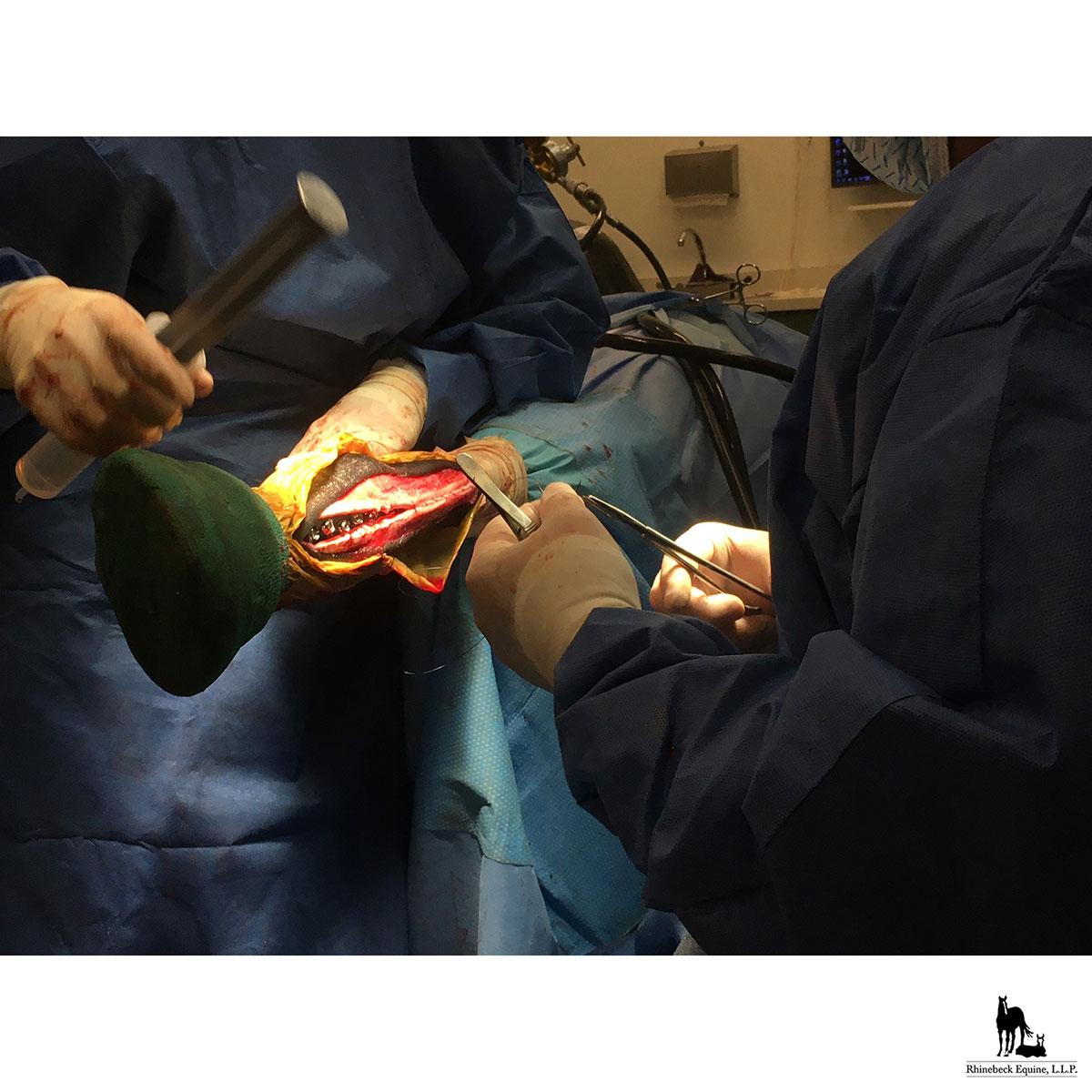 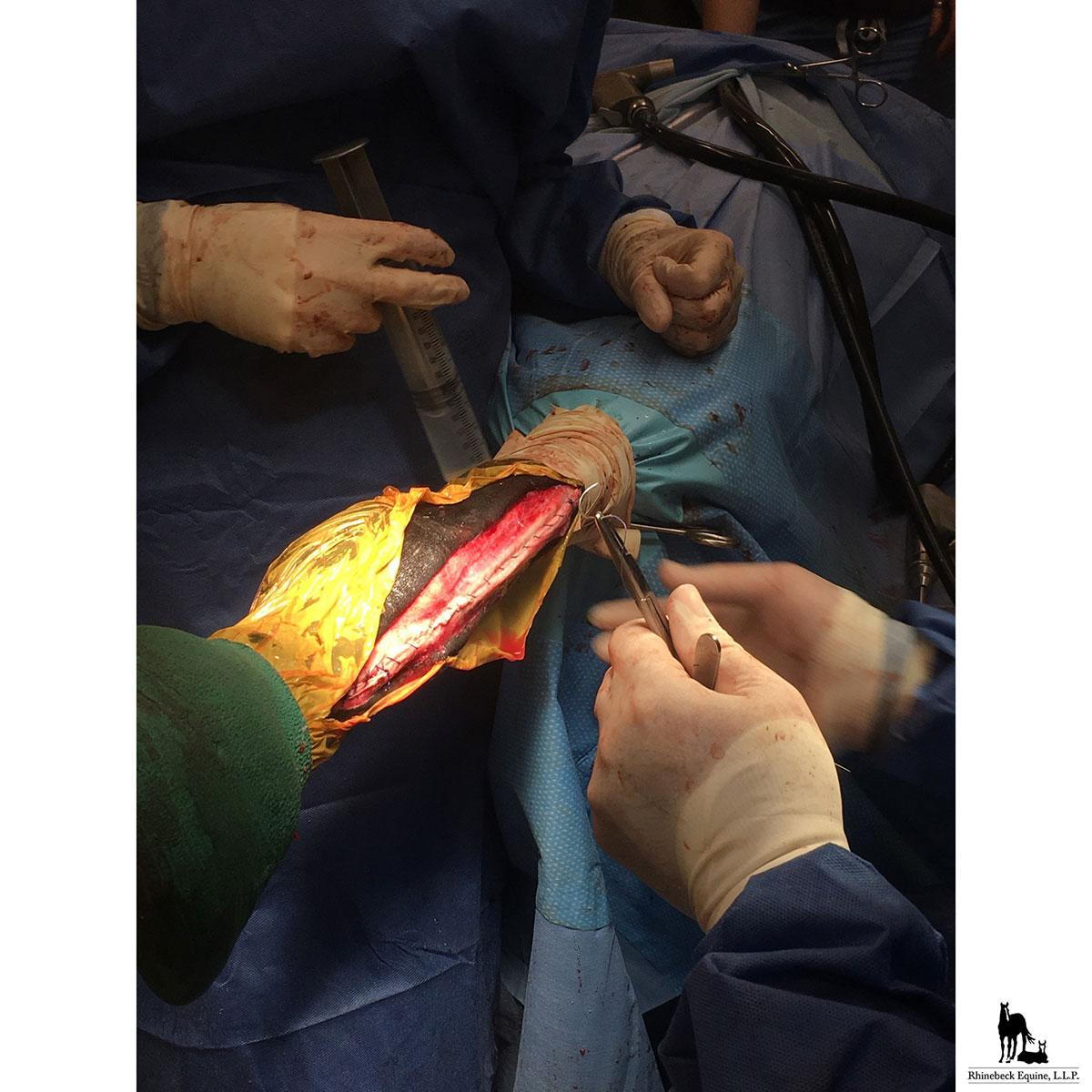 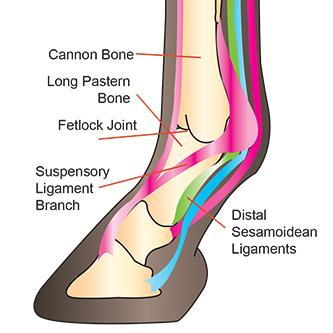 Find us on the map

Ambulatory and hospital emergency service is provided 24 hours a day.

Read What Our Clients Say